Bhoomika Creative Dance Centre is a premiere national performing arts organization that has been in the forefront of infusing a new spirit in Indian dance since its inception in 1972. Initiated by a group of progressive artists, the centre evolved a dance company known for innovative and experimental choreography that has attracted critical attention in major festivals in India and abroad.

Core to success of Bhoomika has been the contributions of renowned choreographer, dancer and its founder-director Narendra Sharma who passed away in January 2008 after brief illness.

Mr. Sharma’s artistic lifespan covered a critical period in Indian cultural history from 1930’s onwards. Being taught by legendary dancer Uday Shankar at his Almora Center (1939-42), he began his career in pre-Independence days as part of the nationalist movement.

Consolidating his decades of experience in dance education, choreography and institution building, he established Bhoomika as an independent dance company to extend his artistic vision. Today, Bhoomika’s well-established repertory has modern dances, ballets and dance-dramas of Mr. Sharma, along with fresh works of younger choreographers.

Over the years performances have been given at major venues in India, Germany, Russia, France, Latvia, Lithuania, Thailand, Japan, Bhutan and Sri Lanka. In addition, under the stewardship of Mr. Sharma, Bhoomika has mounted major events like Opening & Closing Ceremonies of Asian Games, New Delhi (1982) and Closing Ceremony of Festival of India, Moscow (1988).

The dance group also has a repertoire of creative dances for children and young audiences under its project Dance Theatre for Children. In addition, senior group members conduct regular workshops for children in schools and hold training programmes for teachers. A School of Choreography trains professional dancers and several Festivals for Young Choreographers have been organized to showcase young artists.

A Dance Archive is being set up that will carry memorabilia of the late choreographer as its first collection. This initiative will evolve into an audio-visual and research centre for artists and scholars.

On the 84th birth anniversary in September 2008 of the late choreographer, the main studio in East Delhi, from where the group operates, was re-furbished and re-named Narenjayan Studio. A Studio Event series was launched that presented new choreography, dance films, lecture-demonstrations and workshops to extend the appreciation of dance in public domain.

Three Narendra Sharma Festivals of Dance have been organized in recent years that have showcased exciting new choreography from all over India. 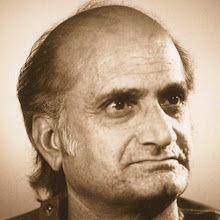 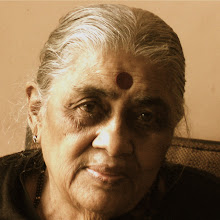